Written by Christine Nathaniel
Updated over a week ago

To make assigning role definitions to employees easier, the app allows you to create role templates for some or all of the roles in your company. Once a role template is created, it can be applied to any number of people very easily. 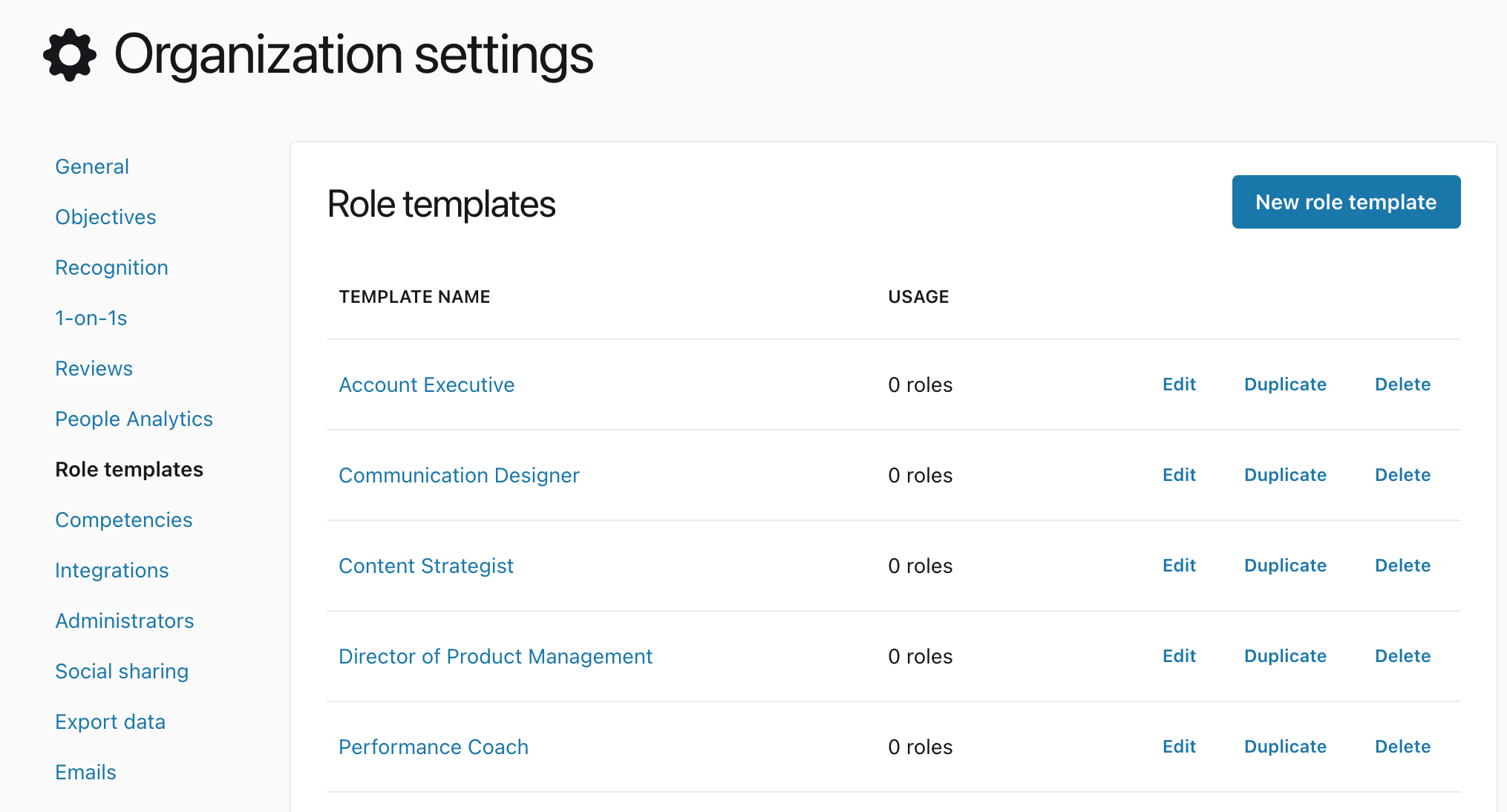 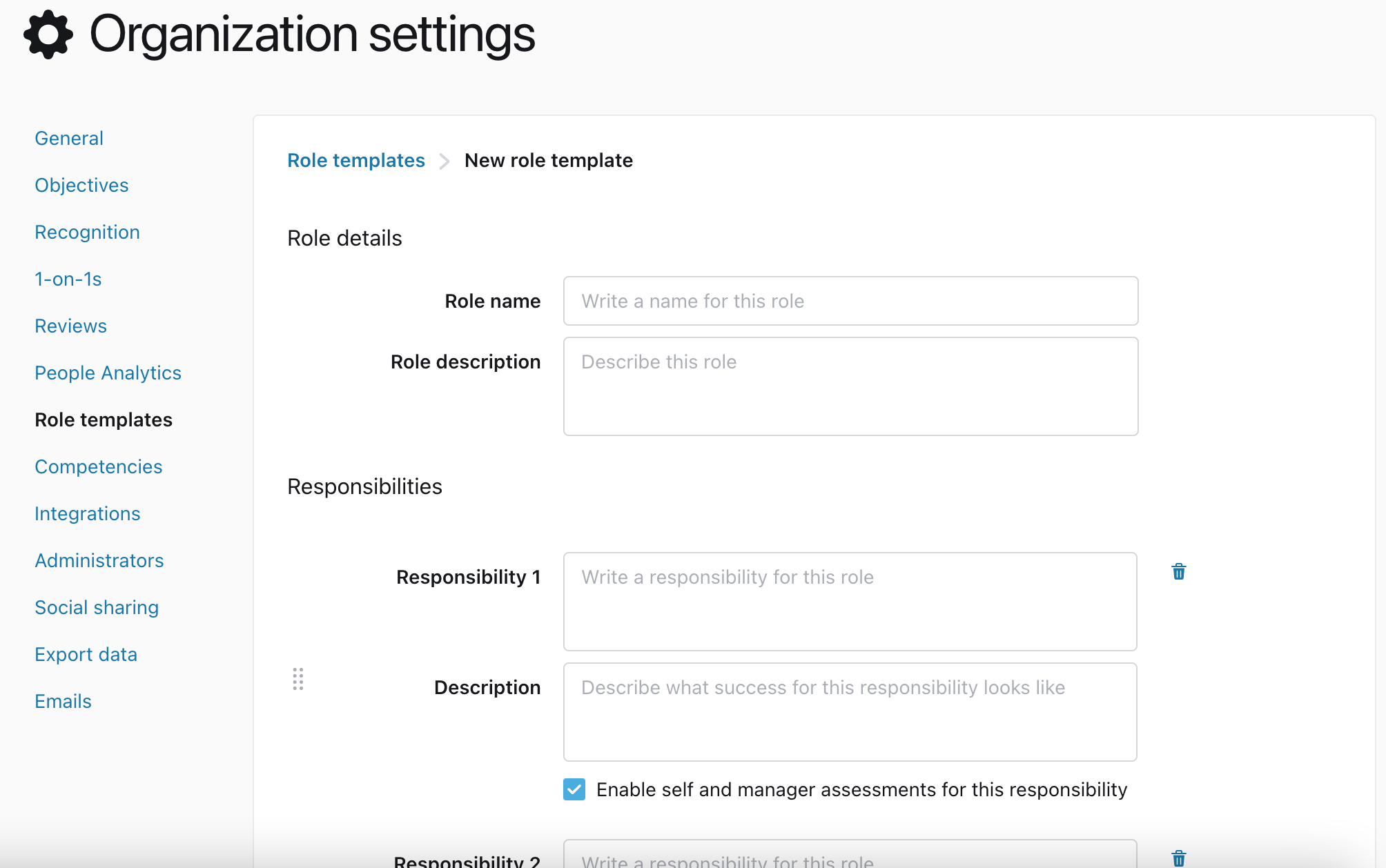 The role template creation UI, allows you to specify:

Did this answer your question?